The EU wine market situation can be characterized in recent years by the following factors: a decreasing EU wine production, a decrease in EU wine consumption and increased wine exports to third countries considerably exceeding the increase in wine imports.

The net result is a decrease of stocks leading to increasing wine prices, over the last two years. Market balance was reached, while certain market measures such as the support for potable alcohol distillation and for the use of concentrated must were phased out.

In the mid to late 1990s, much of Common Agricultural Policy was overhauled and the legislation was simplified. A major revision was done in 1999.

The latest round of reforms was announced in 2006 and led to agreed legal documents in 2008.The reform of the wine CMO adopted in 2008 and incorporated into Council Regulation (EC) No 1234/2007 of 22 October 2007 (hereinafter 'SCMO Regulation') aims to increase the competitiveness of the EU wine producers.

The new quality policy applies since 1 August 2009 and concerns PDO, PGI and TT.

As regards PDO/PGI, the new rules are fully in line with the WTO-TRIPS Agreement and coherent with agricultural products and foodstuffs PDO/PGI regime. The modernization of this policy was considered essential to harmonies EU rules and to adapt wine products to market demand. The wine sector is quite particular in that a high proportion of the production is under PDO or PGI and the reputation and quality of wine is very often linked to the region of production, particular in wine producing Member States. The new policy should enhance the consolidation of quality wines with PDO and PGI and their protection against usurpation in Europe and in third countries. An essential task of the EU within the reform was to consolidate the list of the protected EU PDO and PGI wines. 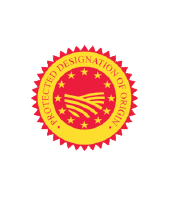 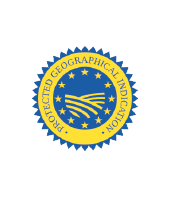 Key figures on European quality policy are the Common Organization of Markets for agricultural products, the determination of common legislative frameworks of all the EU Member States to define together the specifications, the operating framework and the inspection regime, which ensure that the specifications are common to the whole European market. Cultivation and production methods meet international and European quality and safety standards. This recognition will diffuse into target markets.

Food safety is a top priority for Europe. The main objective of the European Commission's food safety policy is to ensure a high level of protection of human health and consumer interests relating to food, taking also into account the diversity and the effective functioning of the internal market. Strict EU rules were tightened in 2000 to ensure that European food is extremely safe EU's integrated approach aims to ensure a high level of food safety, animal health and welfare and plant health in the European Union by taking consistent measures from farm to consumption and proper surveillance. EU authorities carefully evaluate risk and always seek the best possible scientific advice before prohibiting or allow any product, ingredient, additive or genetically modified organism This dissemination of knowledge will allow consumers to evaluate the EU products, to understand why so much emphasis on food safety is given and thus to lead them buy EU products rather than products imported from other countries.

The aim of the program is enhancing the positive image of European products, between target groups as defined, that have sufficient skills to receive and transmit the program messages.The signature "Enjoy it's from Europe" will be visible on all communication material produced as part of the communication basis of the action.